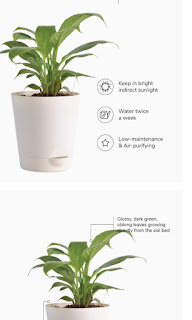 Before going to take deep dive in air purifying plants for baby nursery and it’s benifits let’s make this subject more interesting. Do you think about why does NASA heald study on air purifying plants called ‘clean air study’?
Urbanization, yes guys US is highly develop country as we all know that, in develop country maximum population lives in big city’s and due to high building living system natural air filtration is approx to zero.
As natural air indoor filtration is going down the ‘sick building syndrome’ it’s came to be known late into 20th century. at this time, the era saw that the use of synthetic building materials that gradually emitted harmful ‘off-gases.
And this is the point in 1989 when scientists of NASA and US government feels that they have to conduct scientific research to mitigate ‘sick building syndrome’.
The ‘clean air study’ which is heald by NASA in 1989 concluded that the certain plants can act a natural air filter to remove organic air pollutants.

1) Which plants purifies the air the most ?

Things must be considered before buying air purifying plant :-

While selecting a indoor air purifying plant it should be low on height, required low space and low maintenance. It should be a toxic free for kids and pets of home. Many plant will be harm kids and pet so select it carefully.

Benzene is most common indoor Air Pollutants, mostly found in glues, adhesives, cleaning products, paint strippers, tobacco smoke, furniture wax and gasoline. Benzene has a sweet, aromatic, gasoline-like odor.
Most of People are exposed to benzene primarily by breathing air that contains the chemical. Most common side effects of benzene are drowsiness, dizziness, headaches, as well as eye, skin, and respiratory tract irritation, and, at high levels, Unconsciousness, also it can effect bone marrow and can cause a decrease in red blood cells, leading to anemia.

Major indoor source of trichloroethylene is like volatilization from contaminated water, Also in homes, it can be found in metal cleaners, paint, spot removers, carpet-cleaning fluids, typewriter correction fluid and varnishes. You can read in detail about gernal indoor pathways and guidline by WHO.
A recent analysis of available studies reports trichloroethylene exposure to be associated with several types of cancers in humans body, especially kidney, liver, cervix, and lymphatic system, it can be more dangerous when it comes to children’s.
It can be detect in your breath and urine after 16 hours of exposure.
This three are major Indoor Air pollutants which mainly found in ‘clean air study’ of NASA in 1989. As we know plants are naturally purify air but, When we think to purify indoor air by natural air purification there are some list of plants suggested by NASA to purify air.
The list of plants which is suggested by NASA have some medical benifits for human body and specially it more useful for children’s. The medical significant impact of plants help to improve immune system of child. 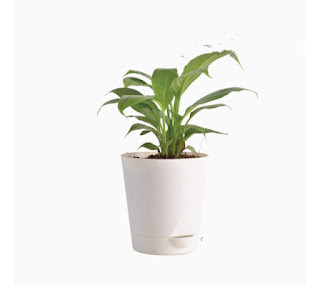 Spathiphyllum is the scientific name of peace lily and also it know as cobra plants, Do you think why should you have the peace lily in baby nursery and also in our home or bedroom.
As we already talk about the study heald by NASA, according to NASA peace lily helps to absorb indoor pollutants like benzene, xylene,  carbon monoxide and formaldehyde. It’s work as air purifier and absorb upto 60% of pollutants.
Other semple reason to have peace lily in home is as follows;
1)  Low maintenance cost.
2)  flowering plant.
3)  Absorb acetone vapors.
4)  helps in restful sleep.
5)  Perfect to spruce up home decor.
6)  prevents formation of mildew.
You can read in details about this. 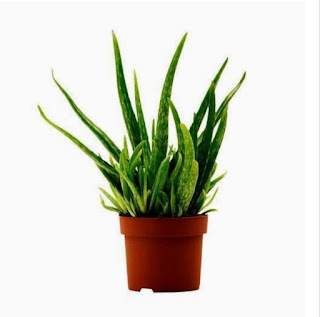 Aloe barbadensis miller
This is best plant to keep positive energy around you. There are more than 400 different species of aloes across the world This aloe vera plants purify air pollutants mainly like benzene and formaldehyde which is commonly found in home.
If we think according to spiritual aspects when aloe vera plant in home heald in North or East direction brings number of health benifits and also the jel from aloe vera mostly use in folk medicine.
Recent study about aloe vera shows that it’s also helpful for sunburn or burn skin. Aloe vera has anti-inflammatory and antibacterial properties that can be effectively treat bleeding or swollen gums. It also contains a vitamin ‘C’ as well as help is lowers blood sugar level.
▪️ Others benifits of aloe vera is like ;
1) Helps to improve digestive system.
2) Helps to lose body weight.
3) Treating Acne Scars.
This planet is total package with health benifits, but it’s not in use like peace lily you have use aloe vera manulaly like making of jel. 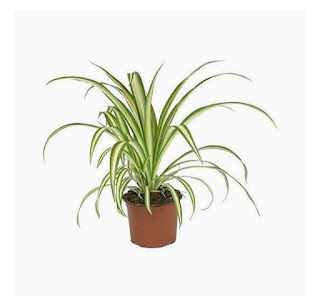 Chlorophytum comosum.
Chlorophytum comosum the scientific name of spider Plant, but it’s also know as spider ivy, ribbon plant. It is evergreen plant, there are more than 200 species of this plant available.
Why should you have this plant in baby nursery or also in home? The reason to have it so simple it is oxygen producing plant or air Purifying Plant. It absorb air pollutants like carbon monoxide, formaldehyde and xylene.
This is safe plant to have round you, pets and childrens also, it’s keep oxygen level high around you. This plant is almost hard to kill once you plant it you don’t have to take to much care. Spider plant keep high humidity in room and keep positive energy.
▪️ Other some reason to have spider plant.
1) Beneficiary For Patients.
2) Easier Breathing as it keep oxygen level high.
3) It Removes PM, Nitrogen Dioxide, and Ozone.
4) Appealing Appearance. 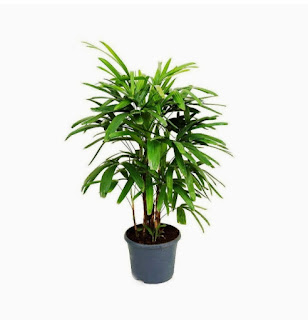 Rhapis excelsa scientific name of lady Palm, also known as broadleaf lady palm or bamboo palm, right way to have lady Palm is to keep it near east facing windows. They thrive in comfortable indoor temperature about 20 to 25 degree celsius.
They are naturally purify air pollutants like formaldehyde, ammonia, xylene, and carbon dioxide. The lady Palm is not toxic for pets and babies also. It keep high humidity around itself.  As it have indoor it relieves stress, boosts creativity, productivity, and help to be focus.
Originally lady Palm plant belongs to Taiwan china, it keep oxygen level high in room and maintain positivity. To having lady Palm around children is best way to keep positivity around them.
▪️ Other reason to have lady Palm.
1) Regulate high humidity in room.
2) Produced more oxygen.
3) Absorb pollutants of home.
4) Helps to keep positivity. 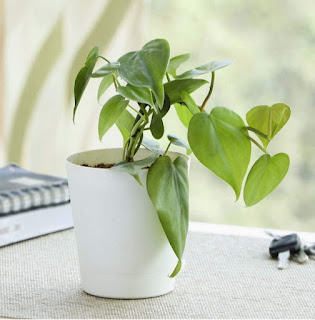 Philodendron most effective air Purifying Plants for house, baby nursery, gym, or study room. The major benifits to have indoor philodendron is like it improve air quality that we breathe, making feelings of calm, trapping dust and helping you feel alert.
The big leafs of philodendron is not only to looks good but they absorb maximum indoor air pollutants like benzene, formaldehyde, trichloroethylene etc. The tiny pores on leafs absorb carbon monoxide and release oxygen.
▪️ Other reasons to have indoor Philodendron.
1) Act as air purifier.
2) low maintenance cost.
3) Keep humidity in room.
4) oxygen releasing feature.
There are total five plant that we see, we think they should have in our home for our health, positivity and to have freshness in home, this plant highly recommend by NASA in 1989 to have in home, not only this five plant but there are more than 20 plant recommend by NASA.